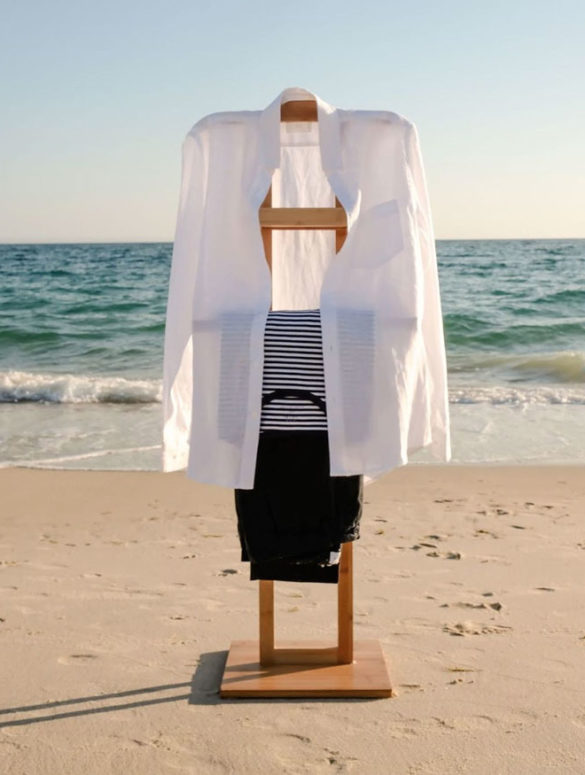 Why Responsible Brands Are Choosing Northern Portugal to Manufacture Garments

The textile industry in Portugal has earned, throughout the years, global recognition and prestige for its quality, innovation, creativity, resilience and responsiveness. In fact, most production facilities in Portugal own the entire production chain, from spinning and weaving to dyeing and finishing, making it one of Europe’s most innovative textile and clothing production hubs. But there is more…

Over the past decade there has been an extra attention point to research and development, placing the country as a strong textile industry known for its impressive craftsmanship and expertise in high quality clothes and home textiles. For instance, “Made In Portugal” has become a symbol of quality and reliability produced in an environment that is socially and ecologically responsible.

But before I move forward with this analysis, it is worth to take a look into some historical facts about the textile industry in northern Portugal:

1 Due to its colonial past and influences, the Portuguese garment industry used fabrics, including silk from India and cotton from Africa, to produce traditional Portuguese garments. This is an industry that dates back to colonial times and manufacturers have developed the know-how and the technology to produce high-quality garments for a lower cost than many of other European counterparts.

2 During the nineteenth century the linen production niche emerged. The flax fibers were imported from Hamburg, and the northern regions of Portugal were well prepared to specialize in the industry. This particular region is well served by water supply, through many small rivers – necessary to the textile manufacturing industry. Linen was a special material used in garments because the dyeing process was free of harsh, irritating chemicals and produced a supple textile that became increasingly soft with laundering. Unlike the cotton industry, linen trade wasn’t factory-based. It began as a domestic hobby and people would weave their own linens in small household looms.

3 According to ATP (Associação Têxtil e Vestuário de Portugal), in 2018, the turnover of the Portuguese textile industry accounted for about 7.610€ million and the exports 5.328€ million, which represents 10% of the national exports.

Portugal has a long history intertwined with the textile industry and still remains quite impressive. The small northern region of the country is a great example of that. Throughout the years of economic downturn, gradual abandonment of factories and empty storerooms, some resilient companies kept going intact and still reinvigorating.

The Portuguese textile trade seems to be here to stay for years to come but what does really mean to produce in Portugal?

Sewing machine under work and factory overview in the north by Portuguese brand ISTO. (Images via ISTO.)

Let’s keep in mind that labour conditions in Portugal were very affected by the crisis in 2008. According to Eurostat, many jobs were lost and the unemployment rate reached the peak at almost 17%. Further along, average earnings dropped and the incidence of temporary work is one of the highest in the EU. Not so much is changing or, at least, not as fast. This scenario also applies to the garment industry, naturally.

There have been some changes to overcome the impact of the economic crises incorporated in the labour legislation. The calculation of working hours has been made more flexible for an easier adaptation to shrinking orders and higher variations in peak and low seasons. The power relations in this industry have been affected with revisions to the labour code, alongside measures established by the European Union to help recovery. Social partners have seen their bargaining position weakened, mainly towards living wages, as a result of emergency measures to help economic recovery.

Portugal is regarded as a country where the respect for human rights is an integral part of the activity. This is specially important, when we see that this industry is rooted in the tendency to choose factories in which the protection of workers has become shockingly volatile in exchange for cheap labour and high profit margins. However, it’s important not to forget that the austerity measures introduced in the context of the international financial and economic crises have had a negative impact on the protection of human rights, in particular economic and social rights by the most vulnerable groups in Portugal, including garment workers. The labour market practices have become more flexible, with lower labour costs and new working time arrangements which strengthens the overall the position of employers while, on the other hand, weakens the bargaining power of social partners to influence working conditions. You can read more in detail in the the case study presented by OXFAM “The True Cost Of Austerity and Inequality”.

The protection of economic and social rights in Portugal can be a sensitive subject at times. Nevertheless, it should be emphasized that the country is a member in most Universal and regional Human Rights covenants, every Council of Europe protocols and covenants, as well as United Nations, International Labour Organization, UNESCO and Hague Conference on Private International Law, amongst others. For this reason, it’s safe to say that labour practices in Portugal are socially responsible.

Every company in Portugal has to comply with environmental legislation in order to operate. Over the past years, one of the main priorities in the textile industry has been to work towards harmonizing systems, procedures and processes with the European Union and ISO environmental standards. There is also a practice on stage to implement coherent and harmonized strategies with other environmentally concerned countries. A large number of companies have also developed sustainable fibers and fabrics alongside other certifications – BCI (Better Cotton initiative), GOTs and sustainability.

The 24th of April of 2013 is forever marked by a catastrophe where more than 1100 people died when the Rana Plaza factory collapsed in Bangladesh. In the midst of the rubble it was possible to find labels of several retailers. Brands claim they didn’t know their products were manufactured there – an illegal building constructed on swampland. After this serious incident, there has been a growing concern of apparel companies regarding image and reputation risk and the associated costs in case of a lack of traceability on the supply chain of products.

Traceability is defined as “the ability to trace and follow […] [the  flow of  a product]  or substance intended  to be,  or expected  to  be incorporated into a […]  [product], through all stages of  production, processing  and distribution.” (European  Parliament and the  Council of the  European Union, 2002, chap. 1, Article 3, 15). This is an extra difficult task in a global interlinked industry known for its fragmentation.

Fashion Revolution Week: How to Get Involved

The need for traceability within fashion supply chains is one of the main reasons Portugal is able to set itself apart from its counterparts. The two main critical success factors for brands and retailers are: traceability across the supply chain and delivery of transparent subcontractor information.

Did you know that Portugal has skilled professionals for auditing Integrated Management Systems of international standards? Take ISO 9001, ISO14001 and SA8000 as an example. It also helps that the majority of the companies in this sector – from design to distribution – are located in northern Portugal. This cluster covers the entire value chain which, consequently, creates strong synergic relationships between companies.

Portugal is currently one of the strongest textile industries in Europe and increasingly known for its expertise in shirts, jerseys and home textiles aligned with skilled pattern makers and master craftsmanship.

It is also the world leader for high quality technical textiles specially performance fabrics and fabrics made from recycled materials. Not to forget, it is also the largest manufacturer and exporter of shoes and leather goods. This makes it easy to spot the clear specialization within high-quality materials and garments in the northern Portuguese region.

Throughout the last years it has been clear that the national textile industry shows capacity, ambition and opportunities for production. The COVID-19 pandemic emphasized this by revealing the capacity the Portuguese industry had for mass production in short periods of time. Within weeks, millions of protection masks were produced to supply both Portugal and several other international markets. This contributes to the already recognized flexibility, know-how, quick-response and fast adaptation as well as innovation. Another thing to bring to light is the increasing priority that the textile industry in Portugal is giving to CSR compliance – Corporate Social Responsibility. As an example, CITEVE, which gives technical and innovative support to the textile industry in Portugal, joined the interregional EU programme RESET to improve the CSR compliance goals. The Portuguese textile industry is, for instance, very well aligned and prioritizing the six main key themes developed by RESET:

The northern Portuguese textile industry is one of the key and most recognized sectors in the country, highly valued from diverse international stakeholders. The transparency and responsible labour practices, the speed of production, know-how, environmental responsibility and easy accessibility aligned with the creative craftsmanship make it one of the best hubs for fashion production. We will keep seeing it growing, rooted in its entrepreneurial spirit and always aiming to keep bringing innovative and inspiring solutions to the world of textiles and fashion.

Mariana Costa (@marianatgcosta) is a marketeer and sustainable fashion enthusiast based in Lisbon, Portugal. She is passionate about supporting the creation of sustainable and circular fashion systems and aspires to be an active voice regarding the misrepresentation of women in tech, social equality and labour rights. Read all of Mariana’s pieces here.